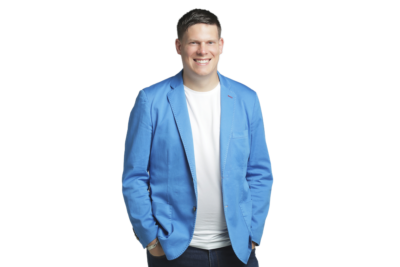 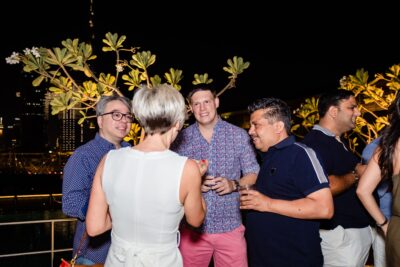 How and Why I started ClassBridges

At the start of 2020 I broke my neck playing sport, just before COVID hit and the lockdowns started. I didn’t get the surgery that was suggested (plate and screws in my neck) because my insurance wouldn’t cover the additional scans and I couldn’t afford the surgery if the insurance wasn’t going to pay for it. I left the fracture and hoped it would heal naturally and that I’d be OK.

In the middle of 2021 I managed to see a different medical consultant who told me my neck had miraculously healed (records of other patients and reports didn’t cover anyone leaving a fracture of the type I had for longer than 3 weeks and I had left it a year and a half).

Around the same time as getting the positive news from the new consultant I started doing some personal development programs and identified my new purpose in life. I joined a few different programs and one of the exercises I was tasked with doing in one of the programs was to write my own eulogy. I had to write down what people would say about me at my own funeral! As part of the task, I also had to include different themes and topics including a section on “impact”. What impact had I made on the world in my lifetime? What had I contributed and what difference had I made?

For the past 20 years I’d been focused on two things – the videogames industry and helping people solve their challenges by coming up with new ways of doing things or seeing problems in new ways. My work in the videogame industry was heavily focused on esports, the fancy name for playing videogames for money in structured competition, and a lot of the time I had to educate people about what esports was and how it worked. I was also fortunate enough to work for several game publishers and understand how that part of the industry worked. During my time at EA SPORTS working on the FIFA videogame I acted as the link between the customer in the UK and the game development studio on Vancouver. The UK is a football mad country so you can imagine the size of the audience I had to contend with.

Solving challenges is something I enjoy. You could say it is a character trait and one that’s helped me on many occasions. Work out how to optimise something. Check. Work out how to integrate two different technology systems for a client so they can use the shiny new thing they’ve just purchased. Check. Listen to a client’s objectives and help them create a marketing plan that works for their business. Check.

Videogames is what I knew. Problem solving is what I did in one way or another. But neither of these things was taking me on a path to have the impact I was now looking for. I can’t remember exactly when it happened as that’s the beauty of epiphanies, they just arrive unannounced and when you least expect it but I had a crazy idea to try and solve problems by using what I knew about videogames. When I say “solve problems by using what I knew about videogames” I’m not talking about the consultancy, strategy or industry education work I’d previously been doing. I wanted to use them in a completely unrelated space.

As it turns out, the completely unrelated space was much closer to home than I was expecting. My partner is a primary school teacher, and we’d often have conversations over dinner about the lessons she had taught during the day. She would also talk about the topics of discussion in the classroom including the games her students played in their spare time.  This continued over a period of time, back and forth, updates about classroom antics and how her students were still focused on a particular game and would all play together.

One evening we were sat at the table and the topic of discussion was lesson plans for the following day. Teachers often share the responsibility of planning with subjects being split among the team so one focuses on English, another Maths etc. On this occasion there was nothing on the system from one of my partner’s colleagues for the math lesson the next day. They were currently teaching perimeter to a class of 8/9 year olds. I suggested creating a lesson plan that used the videogame her students all raved about.

The game was Among Us and it was set on a spaceship where the players could move between different rooms and complete tasks. I thought this scenario was the perfect fit for perimeter so encouraged her to use the game as a lesson “hook” to engage her students in the classroom. She grudgingly agreed although didn’t know how to use the game, or the context from the game, to create a lesson plan.

After further discussions for another 30 minutes or so we’d worked to create a lesson plan that involved the students having to design the floorplans for new rooms in the Among Us spaceship, measure the perimeter and combine multiple room designs while ensuring the perimeters of all rooms didn’t exceed a set limit.

The following day I got a simple text from my partner while she was at school. It read “they are loving this Among Us stuff”. It even had one of those emojis with the monkey with its hands over its eyes!

This is when I realised there might be an opportunity to use the knowledge I had about videogames and my problem-solving ability to help support parents, teachers and students. All my attention turned to the subject and my mind began thinking of ways to teach people how to understand the different videogames, what to look for inside the games and how these features or mechanics could be used to create learning material to support students.

From this initial success with my partner’s students I started work to create ClassBridges.